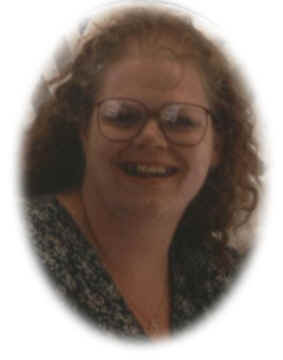 Memorial service for Diane D. Gegelman of Gillette, Wyoming was at 7:00 pm on Monday, April 25, 2005 at the Stevenson-Wilson Funeral Home Chapel with Pastor Scott Firminhac of The Trinity Lutheran Church officiating. A memorial service was also held at 2:00 pm on Tuesday, April 26, 2005 at the Emanuel Lutheran Church in Creighton , South Dakota with Pastor Monty Dell and Pastor Scott Firminhac officiating. Inurnment was in the Emanuel Lutheran Cemetery in Creighton.

Diane Delores Gegelman (Eisenbraun) was born on February 1, 19 53 to Otto Eisenbraun and Delores Eisenbraun (Strandell) of Wall, South Dakota . Diane was raised and educated in the Wall/Creighton area and graduated from Wall High School in 1971. On November 3, 1973 Diane married Delbert Gegelman of Halliday , North Dakota at Creighton’s Emmanuel Lutheran Church . They made their home in Wall for almost ten years and had their first born son in October of 1976. Diane had worked various positions at the famous Wall Drug Store for over fifteen years before moving with her husband and son to Gillette , Wyoming in 1983. After the family moved to Wyoming , Diane worked with her husband as a contract worker at Wyodak Coal Mine. Then, during the late 1980’s recession, Diane found work in downtown Gillette as a Cook/Dishwasher at Bailey’s Bar and Grill. In 1989, Diane became a Nutrition Aide at the Campbell County Memorial Hospital where she remained for over ten years. Diane and Delbert’s second child, a daughter, was born in September of 1993. Diane spent her remaining years as a Dietary Cook at Pioneer Manor. In late January of 2003, Diane was diagnosed with lung cancer, which she fought a very courageous battle with. Even in the end, Diane had a smile and a humorous word for her friends and family. Diane loved being with her family and friends. Diane also enjoyed arts, crafts, painting, drawing, and above all writing poetry. She had one poem, “Catch My Tear Drop” published by the Poetry Guild in 1998. Diane also enjoyed dancing, traveling, camping, boating and fishing with her best friend Betty in the Big Horn Mountains .

She was preceded in death by her parents and maternal and paternal grandparents.

Memorials and condolences may be sent in care of Stevenson-Wilson Funeral Home 210 W. Fifth St. , Gillette, Wyoming 82716 or via the internet at www.stevensonandsons.com.