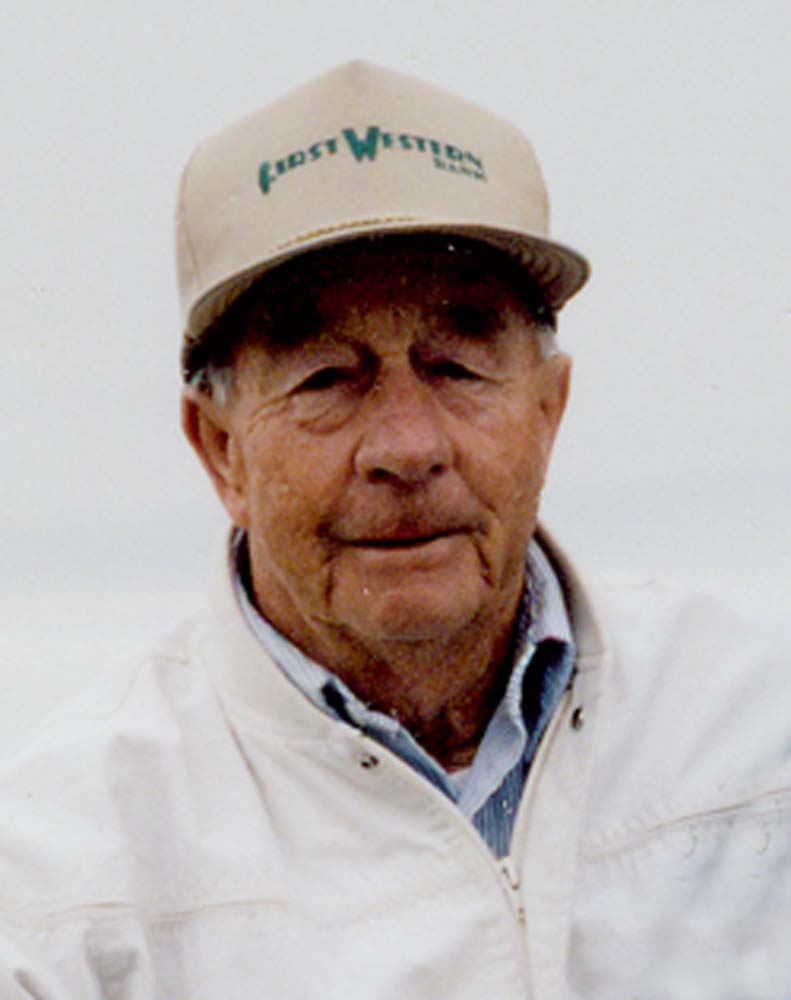 of Wall, South Dakota, died on Thursday, December 15, 2005 at the Rapid City Regional Hospital in Rapid City at the age of 83

Maurice T. Hoffman was born October 11, 1922 in Wall, South Dakota, the son of George Dewey and Faye (Shull) Hoffman. He grew up in the Creighton area and attended rural schools in that area. He then attended Wall High School, graduating in 1941.

After graduation, he worked various jobs in the area before enlisting in the United States Navy in 1944. After his honorable discharge in 1950, Maurice returned to the Creighton area to work on a ranch.

Maurice was united in marriage to Audrey White on February 17, 1951 in Spearfish, South Dakota. They made their home in the Pedro area for five years before moving to Creighton, where he worked for Walter Hoffman. Maurice and Audrey later purchased the George Wilsey ranch, which they have continued to operate and reside all their married life.

Maurice enjoyed being a bee keeper for four years and was very talented working with cedar wood.

Maurice was a long time member of the Carroll-McDonald American Legion Post #246 of Wall, and the VFW Post #1273 of Rapid City.

Maurice was preceded in death by a son George Hoffman on November 2, 1982; his parents; a brother Floyd Hoffman; and two sisters Rachel "Betty" Hoffman and Colleen "Hattie" Hennessey.

Visitation was held 2:00 p.m. to 6:00 p.m.on Sunday, December 18, at the Rush Funeral Chapel in Wall, and one hour preceding the services at the church on Monday.

Interment with military honors by the Carroll-McDonald American Legion Post #246 of Wall, was in the Wall Cemetery.