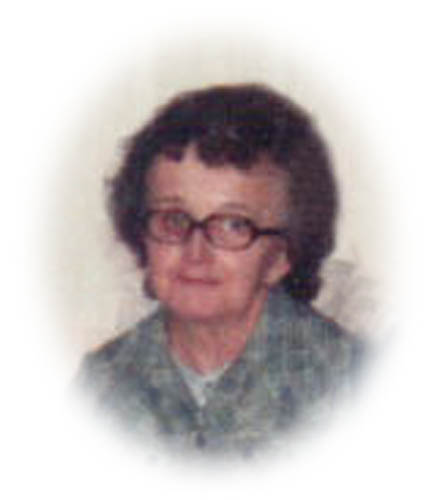 of Rapid City, South Dakota, died on Friday, May 6, 2005 at the Beverly Healthcare Bella Vista Nursing Home in Rapid City at the age of 84

Margaret Ella Quinn was born January 8, 1921 at Sheboygan Falls, Wisconsin, the daughter of Peter and Charlotte (Phalen) Quinn. She grew up on the Hudson Flat in northeastern Haakon County along with one sister and three brothers. After graduating from the eighth grade, she helped area families taking care of children and helping around the house. In 1958, Margaret and her parents moved to Rapid City, where she has since resided.

Margaret was preceded in death by her parents; three nephews, Michael, Joe and Tom; her sister-in-law Esther Quinn and her brother-in-law Claude Berry.

Mass of Christian Burial was held 10:00 a.m. Monday, May 9, at the Sacred Heart Catholic Church, with Father Ron Garry officiating.

Interment was in the Masonic Cemetery, Philip.

A memorial has been established in Margaret’s memory for St. Mary’s Catholic Church of Milesville, South Dakota.