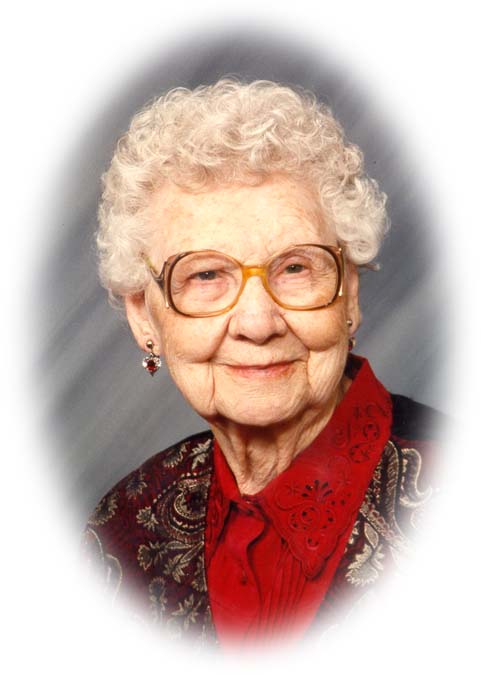 of Philip, South Dakota, died on Tuesday, December 25, 2001 at the Sturgis Community Healthcare Center in Sturgis at the age of 95

Alma C. "Stena" Helgeson was born April 1, 1906 in Vermillion, South Dakota, the daughter of Oscar and Mary (Kjos) Helgeson. She grew up on a farm in the Hartley area and was in the last class that graduated from Marrietta High School in the Hartley community.

Alma was united in marriage to Lloyd C. Royer on March 12, 1925 in Rapid City. After their marriage they farmed and ranched in the Hartley area until Lloyd’s death on September 30, 1953.

She then moved into Philip where she worked at various places before retiring as a clerk at the Thompson Drug and later Zeeb Pharmacy.

She continued to live in Philip, until moving to Belle Fourche in 1990. In 1994 she moved to Black Hawk where she resided until moving into Sturgis in 1998.

She was a member of the First Lutheran Church, the Wheeler-Brooks American Legion Auxiliary #173, and the Bad River Senior Citizens, all of Philip.

In addition to her husband Lloyd, Alma was preceded in death by two sons, Charles Royer and Raymond Royer; one grandson, Robert Royer; one brother, Eugene Helgeson; and one sister, Thelma Loobey.

Interment will be in the Masonic Cemetery, Philip.