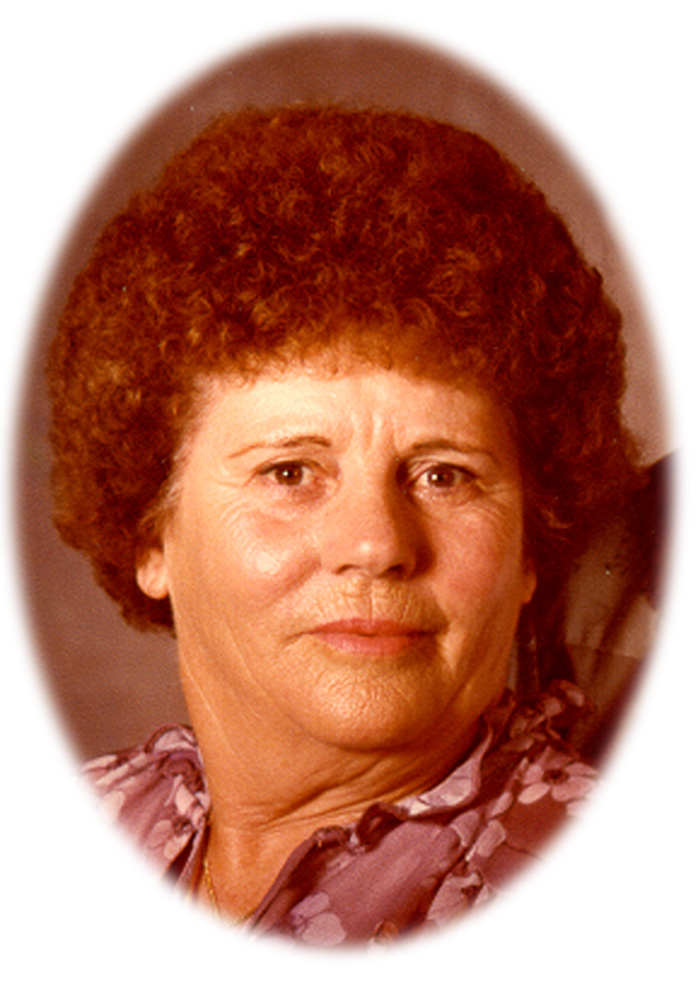 of Murdo, South Dakota, died on Wednesday, September 29, 2004 at the Kadoka Nursing Home at the age of 84

Mildred Leone Anker, better known as "Millie" to her family and friends, was born October 19, 1919, on a farm near Van Metre, South Dakota, the daughter of Louis and Anna Marie (Monson) Anker.

She grew up on the family farm and received her elementary education in a rural school in that community. She then attended Murdo High School.

Millie was united in marriage to Lloyd Rust on October 15, 1938, at Pierre, South Dakota.

They made their home on a farm-ranch north of Okaton, South Dakota. In the early 1980’s, they retired from the farm-ranch, and spent the winter months in Arizona, and resided in Murdo during the summer.

After her husband’s death in May of 1985, she continued to reside in Murdo until health reasons forced her into the Kadoka Nursing Home on October 26, 1996, where she has since resided.

Millie was a member of Messiah Lutheran Church of Murdo, she was an avid fisherman, and enjoyed bowling. She adored her favorite dog, "Buffy" and enjoyed spending quality time with her grandchildren and great-grandchildren.

Grateful for having shared her life include her son Merle Rust and his wife Barbara of Okaton; three daughters Sharon Ivory of Reno, Nevada, Theresa Penman and her husband Richard of Carson City, Nevada, and Debra Cressy and her husband Curt of Piedmont, South Dakota; twelve grandchildren; thirteen great-grandchildren; one great-great-grandson; one brother Leonard Anker and his wife Mary Ann of Murdo; two sisters Inez Cardamon of Hill City, and Doris Miller and her husband Delmer of Rapid City; and a host of other relatives and friends.

Millie was preceded in death by her husband Lloyd Rust in May 1985; a daughter Beverly Jo Fish; and a brother Mons Anker.

Closed casket visitation was held one hour prior to the services at the church on Saturday.

Interment was in the Murdo Cemetery.