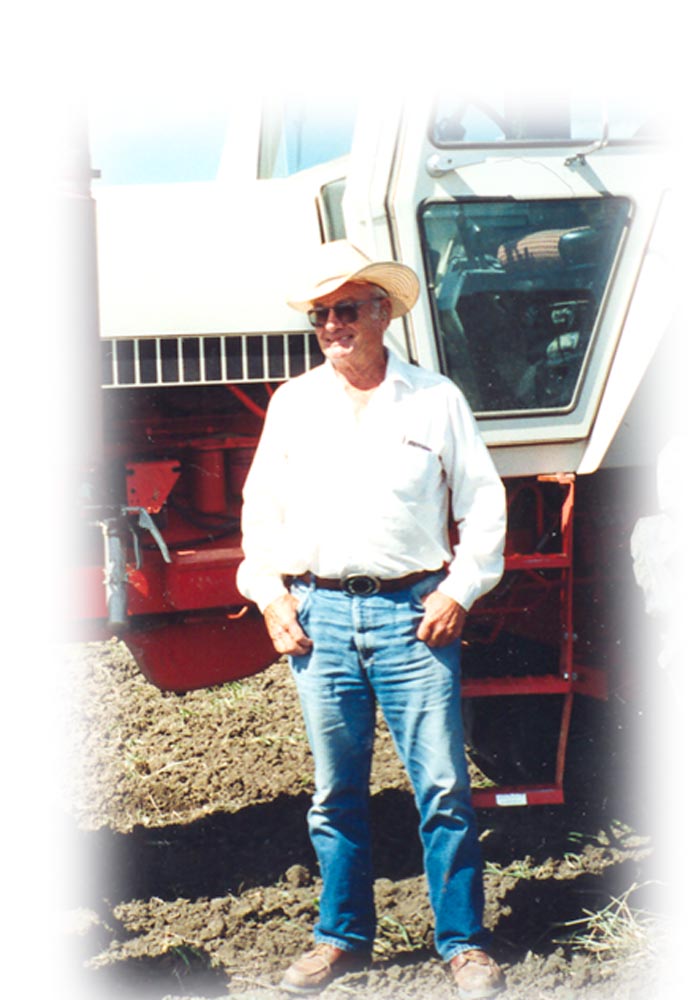 of Midland, South Dakota, died on Tuesday, July 25, 2006 at the Rapid City Regional Hospital in Rapid City at the age of 83

Jack McLain Spinsby was born January 25, 1923, at South Bend, Indiana, the son of John and Isabel (Myers) Spinsby. At the age of three, the family moved to a farm-ranch south of Midland where he grew up and received his education in rural schools before graduating from Midland High School in 1941.

As a young man he worked with his parents on the farm-ranch. In 1945 he entered the United States Army and served in the Aleutian Islands during WWII. After his discharge he returned to the family farm-ranch.

Jack was united in marriage to Dorothy Dale on June 30, 1950 in Rapid City, South Dakota. After their marriage they made their home on their present farm-ranch south of Midland.

Music was a big part of his life and as a young man he played Mandolin and guitar, and also played the saxophone in high school. In the late 1950’s throughout the 1960’s, he played with Eddie Kodet and the Cadets dance band where he played mainly saxophone and accordion, but also piano. Later he taught himself to play the trumpet and tuba. He was also a member of the Belvidere Polka Band for many years.

After his wife’s death on June 6, 2000, he continued to reside on the farm-ranch until retiring and moving into Midland in March 2004.

Survivors include one son Russell Spinsby and his wife Gay of Midland; one daughter Dianne Bork and her husband Robert of Midland; three grandchildren Casey Dale Spinsby and his wife Janet, Marty McLain Spinsby, and Matthew Robert Bork; two great-grandchildren Xavier and Yesenia Spinsby; two sisters Ethel Freeman of Kadoka, and JoAnn Moyer of Tucson, Arizona; and a host of other relatives and friends.

In addition to his wife of nearly fifty years, Dorothy, Jack was preceded in death by his parents, and one brother Billy Spinsby.

Visitation was held one hour prior to the services at the church.

Interment was in the St. Peter's Lutheran Cemetery.

FUNERAL SERVICES
Friday, July 28, 2006 10:00 a.m.
St. Peter Lutheran Church
Rural Midland, South Dakota
CLERGY
Pastor Glenn Denke
MUSIC
Karel Reiman – Organist
Congregational Hymns
"Blessed Assurance"
"What A Friend"
REGISTER BOOK ATTENDANT
Grace DeVries
USHERS
Mark Reiman – Jim Peters
ACTIVE PALLBEARERS
Casey Spinsby – Marty Spinsby
Matthew Bork – George Anderson
Roger Dale – Mahlon Alcock
HONORARY PALLBEARERS
All Relatives and Friends in Attendance
INTERMENT
St. Peter Lutheran Church
Midland, South Dakota
"The Broken Chain"
We little knew that morning that God
was going to call your name.
In life we loved you dearly,
in death we do the same.
It broke our hearts to lose you,
you did not go alone;
For part of us went with you,
the day God called you home.
You left us peaceful memories,
your love is still our guide;
And though we cannot see you,
you are always at our side.
Our family chain is broken,
and nothing seems the same;
But as God calls us one by one,
the chain will link again. 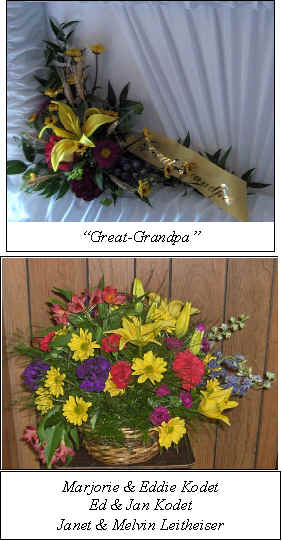 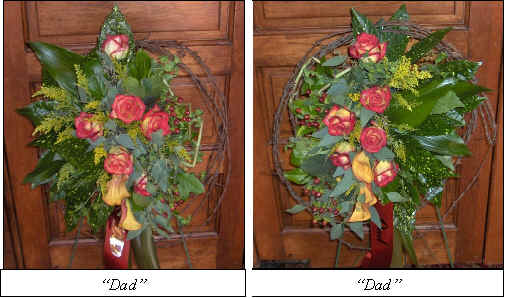