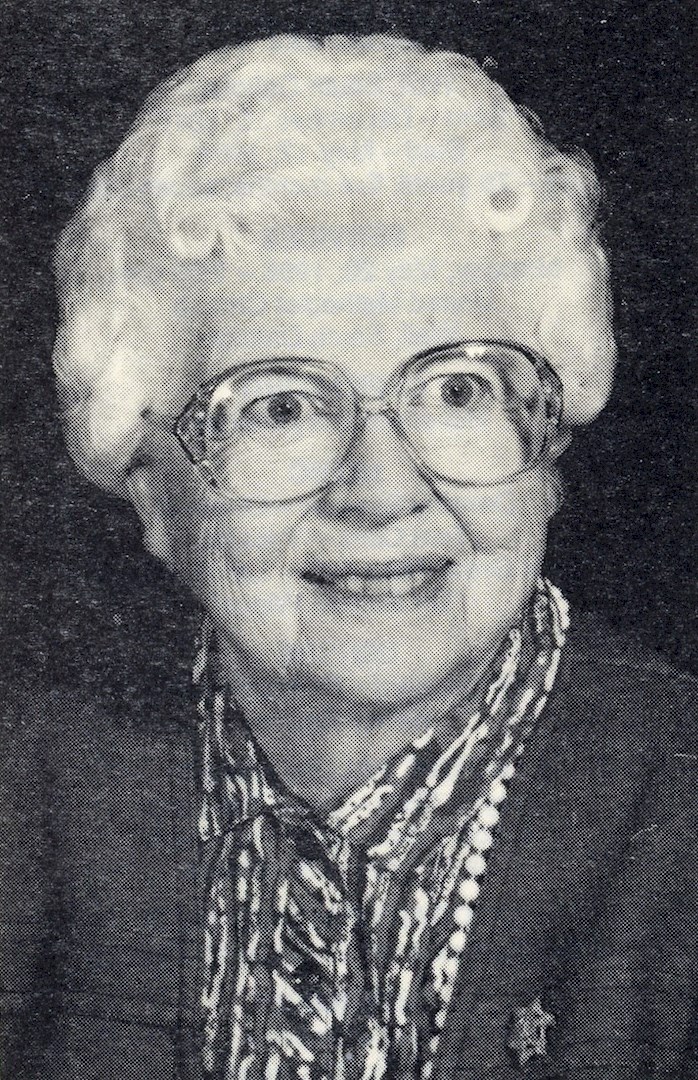 Gwendolyn E. Murray, better known as "Gwen" to her family and friends, was born December 10, 1917, on her parents' homestead seven miles west of Bowdle, South Dakota.  She was the last of nine children born to Thomas and Esther (Winkley) Murray.

She attended grade school at Bowdle until her fifth year when she moved to Mobridge with her mother and sister, Clarice.  Here she finished grade school and had started high school when her mother passed away.  Gwen was 13 years old and she came to Wall to live with her sisters, Mrs. Daisy Johnston and Clarice Painter.  She worked at the Hiway Grocery while living with the Painters.  After graduating from Wall High School in 1935, she worked for Fred and Eunice Lewis and then at the Wall Drug Store.

Gwen was united in marriage to James Mead Allburn on December 5, 1936, at Rapid City, South Dakota, and to this union were born two daughters, Kathleen and Darlene.

They ranched south of Wall until Jim passed away on December 27, 1978.  In October 1980, Gwen moved into Wall where she has since resided.

Gwen was a member of the Wall United Methodist Church; the Golden Link Chapter #14, Order of the Eastern Star, of Rapid City; the Royal Neighbors Pinnacle Camp #9511 of Wall; the Crooked Creek Club; the Pinnacle Friendship Club; the Grandma Whist Club; the Wall Walkers; and the Birthday Club.  She liked to travel and write poetry.

Grateful for having shared her life are her two daughters and their families, Kathleen and her husband, LeRoy Kayl of Gregory, South Dakota, their children, Jim Kayl and his wife, Karen, and their daughter, Lauren Kayl, of Black Hawk, Bob Kayl of Tucson, Arizona, and Melanie Kayl of Rapid City; and Darlene Byerly-Kringen and her husband, Ron, of Rapid City, and son Nathan Byerly of Corvallis, Oregon; and a host of other relatives and friends.

In addition to her husband, Jim, she was preceded in death by her parents; five sisters; and three brothers.