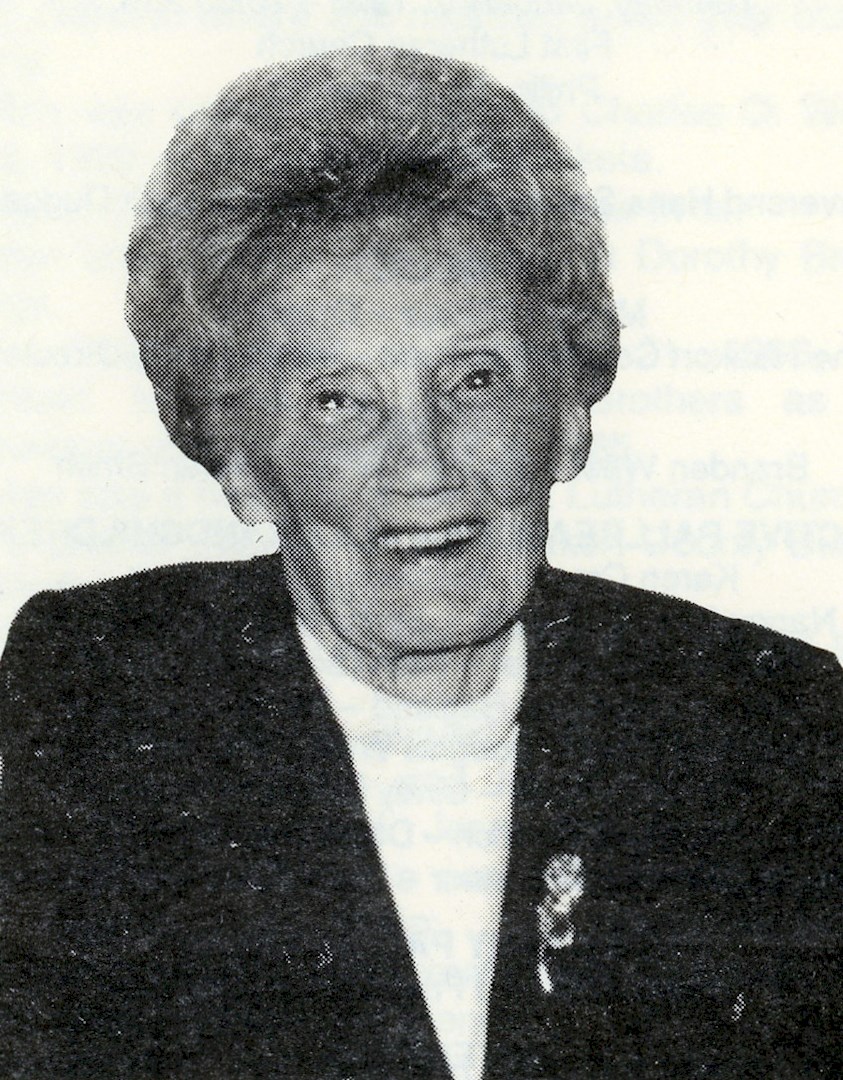 of Philip, South Dakota, died on Friday, December 29, 1995 at the Hans P. Peterson Memorial Hospital in Philip at the age of 90

Helen B. Dorothy was born January 2, 1905, at Blakesburg, Iowa, to Grant and Anna (Van Cleve) Dorothy.

Helen was united in marriage to Charles O. West on July 6, 1929, at Belvidere, South Dakota.  They resided in Philip the rest of their lives.  Helen and Charles both worked at Dorothy Brothers Garage.

After Charles' death on February 21, 1968, Helen continued to work at Dorothy Brothers as head bookkeeper until her retirement in 1985.

Helen was a member of the First Lutheran Church and was a charter member of the Haakon County Business and Professional Women.  She was dedicated to her family and will be greatly missed.