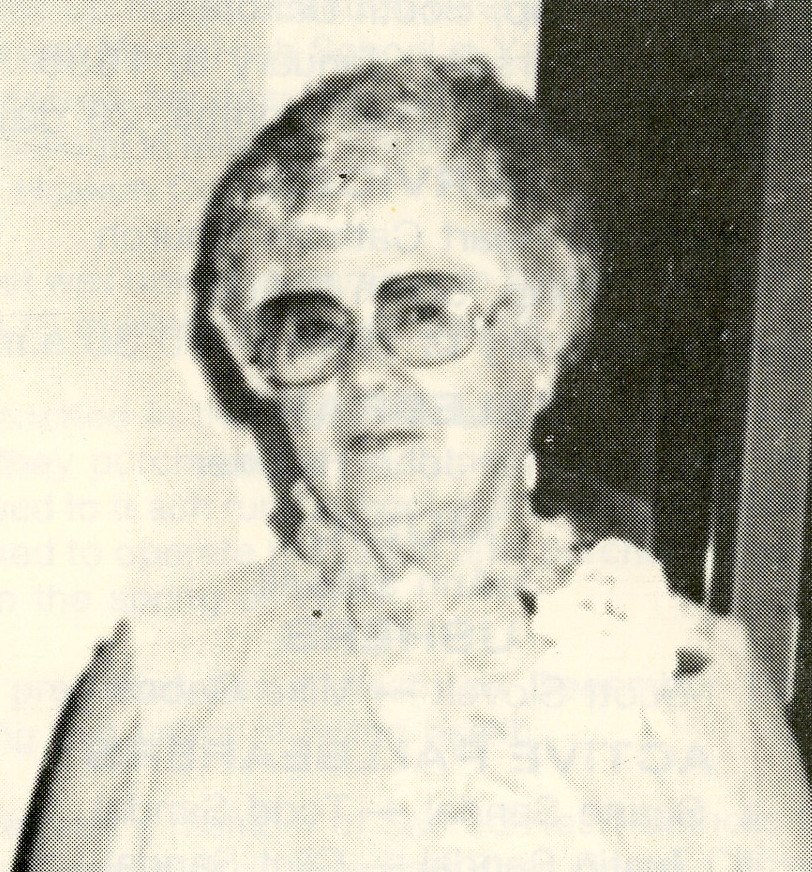 Margaret M. Buchholz, daughter of August Otto and Josephine (Horan) Buchholz, was born September 11, 1910, on a ranch in the Ottumwa area northwest of Midland, South Dakota.

She grew up there, attended rural school, and graduated from Mount Marty High School in Yankton, South Dakota.  She received her teaching certificate from Notre Dame Junior College in Mitchell, South Dakota.  She taught school in rural Haakon County.

Margaret was united in marriage to Walter Sandal on March 19, 1933, in Midland, South Dakota.

They ranched in the Moenville and Ottumwa area and in 1942 they purchased a ranch north of Powell.  Margaret continued to teach rural school until retiring in 1966.  They continued to operate the ranch until purchasing a home in Philip in the spring of 1977.

Walter preceded her in death on December 10, 1980, following two years of failing health.

Margaret was a member of the Sacred Heart Catholic Church and the Evening Guild, the Bad River Senior Citizens, and the Haakon County Retired Teachers Association.

In addition to her husband, Walter, she was preceded in death by her parents, and one sister, Helen Gebes.