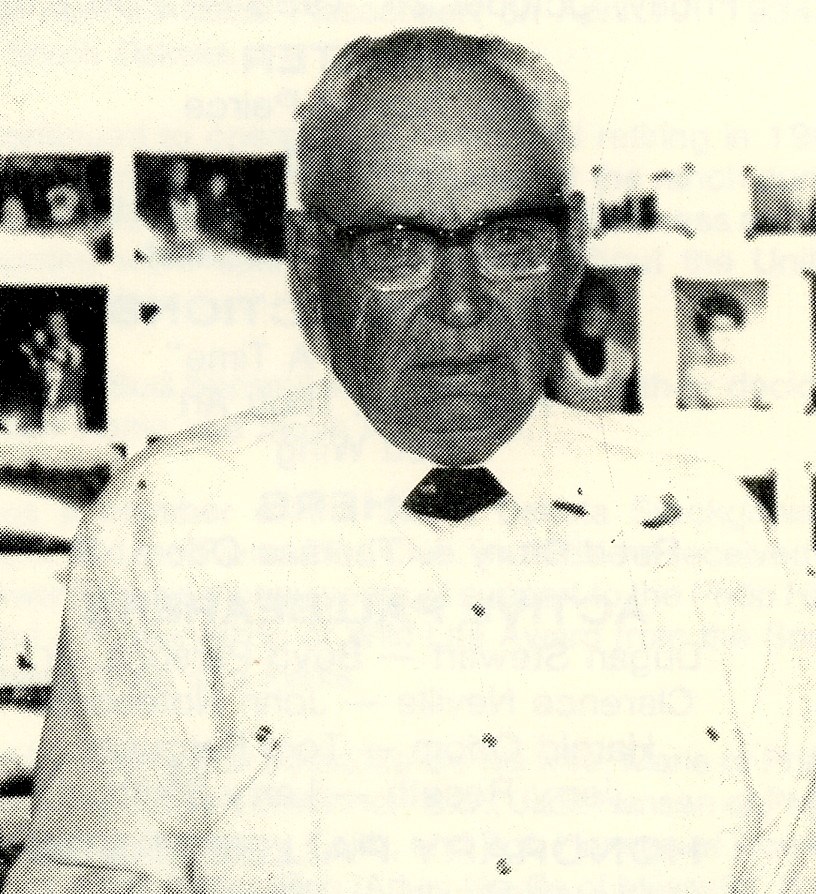 of Philip, South Dakota, died on Monday, October 21, 1985 at the Hans P. Peterson Memorial Hospital in Philip at the age of 77

Wallace E. Hansen, better known as "Uncle Bud" to his family and friends, was born the son of Ralph and Mary (Hirsch) Hansen on April 28, 1908, on his parents' homestead 26 miles northeast of Philip.

He grew up in that area and graduated from Philip High School in 1927.  He purchased a ranch adjoining his parents' homestead.

He was united in marriage to Helga Ellefson Lamphier in June of 1932.  They had one daughter, Arlys.  Helga died in May of 1933.

He was united in marriage to Marie Plasschaert on April 10, 1934, in Kadoka, South Dakota.  They continued to operate the ranch until retiring in 1967 and leasing the ranch out.  They remained at the ranch during the summer months and operated an antique business and the winter months were spent traveling throughout the United States and Mexico.

When Uncle Bud became ill in July of 1985 they decied to build their home and move into Philip.

Bud was a member of the South Dakota Stockgrowers Association and the Pierre Elks Club.  In 1984 he received an Athletic Award for his many years of support to the Philip High School and a Preservation of Wild Life Award from the South Dakota Game, Fish and Parks.

He was preceded in death by one son, Richard "Zip" in 1973; two grandchildren in infancy and one great-grandchild in infancy; his parents; and three brothers, Cecil Hansen, Ralph Hansen Jr., and Russell Hansen.