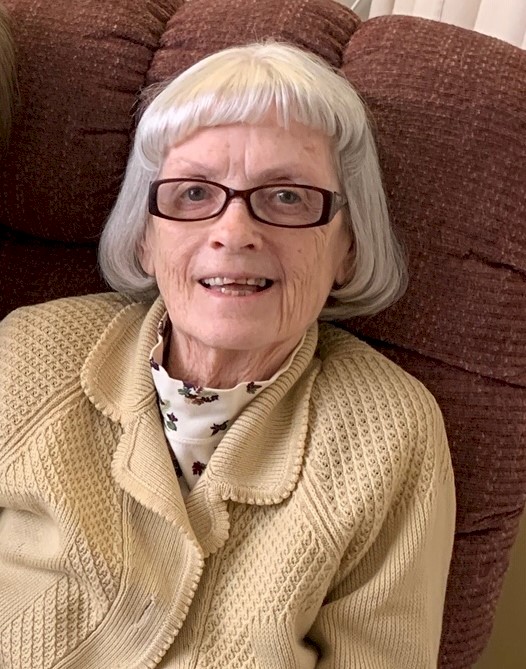 of Philip, South Dakota, died on Saturday, December 28, 2019 at the Hans P. Peterson Memorial Hospital in Philip at the age of 86

Berit Irene Ingebrigtsen was born September 10, 1933, in Bergen, Norway, the daughter of Bernt and Ingrid (Sperrevik) Ingebrigtsen. She grew up in Bergen where she received her education. She graduated from high school in 1952. Berit then attended business college while she was waiting for her immigration paperwork to come through so she could go to the United States. In December, Berit received her paperwork.

On February 12, 1953, she came to the United States with Nels Haugland, who was in Norway for his mother’s 85th birthday. After an 11-day boat ride across the ocean, and dodging a hurricane, she arrived in New York. From Grand Central Station in New York, she took a two-day train ride to Minneapolis then took the bus to Pierre. Nels’ family picked them up in Pierre and took them to Murdo. Inga and Bob Blair then picked up Berit in Murdo and took her to their ranch north of Philip. (Berit knew Inga’s father Paul as he stayed in Norway for two years). Gladys and Johnny Kuchenbecker first met her at the Blair home, and Berit took a job helping Gladys with the children as they ran the 24-hour Highway Cafe in Philip. Three and a half months later, Berit was able to get a job with Dr. Ole Hvam in Quinn. During that time, Berit met a GI who was home on leave named Floyd “Speed” Bendickson at the Blair Ranch.

Berit and Floyd were united in marriage on October 2, 1954. From this blessed union four children were born. They started their marriage at the Ramey’s ranch from 1955-1956, and then worked for Bob and Inga Blair from 1956 to 1959. In 1959, they moved to Milesville where they leased and worked a ranch for ten years until 1969. Eventually they purchased their own ranch in Cottonwood in January 1970. On February 1, 1970, Berit went to work for Hanson’s Super Valu. After Hans sold the grocery store, Berit continued to work for Corky Thorson at Corky’s Super Valu until retiring.

Floyd and Berit sold their ranch and moved into Philip on September 14, 2006. Her husband Floyd “Speed” Bendickson died July 10, 2013. After his death Berit continued to make her home in Philip.

Berit was a member of the First Lutheran Church and the Bad River Senior Citizens, both of Philip. Berit was also a regular at the Ladies Luncheon prior to their weekly Bridge game. Berit loved to cook and to keep up her Norwegian traditions as anyone that stopped by her home can attest to.

In addition to her husband Speed, Berit was preceded in death by a son Floyd B. Bendickson; grandson Jeremiah Bendickson; her parents Bernt and Ingrid Ingebrigtsen; and a brother-in-law Herman Toft.