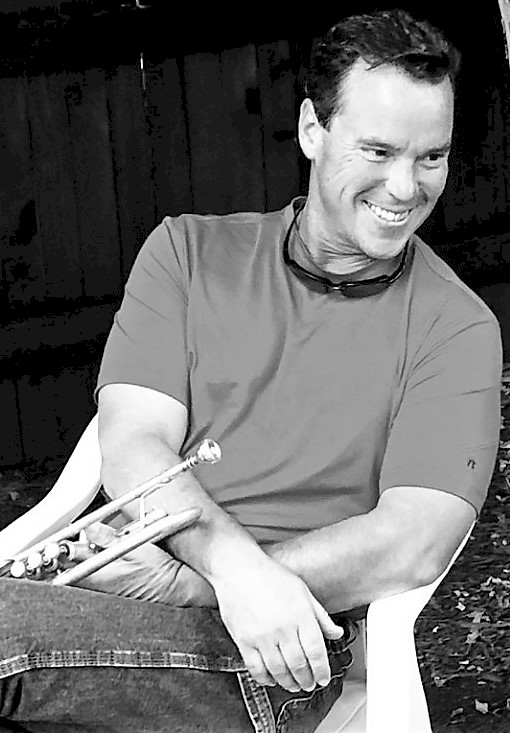 A rosary service will be held at 7 p.m. Thursday, April 21, at Our Lady of the Sacred Heart Parish in Martin.

of Hemingford, Nebraska, died on Thursday, April 7, 2022 at the Box Butte General Hospital in Alliance, Nebraska at the age of 51

Sloan was born on April 4, 1971 in Martin, South Dakota, the fourth child of Joel Richard "Dick" and Iris (Campbell) Fanning. The family lived outside of Martin until 1979, when they moved to Oelrichs, South Dakota. While attending school at Oelrichs, Sloan was active in sports, but found his true passion of playing the trumpet. It was one of the things he turned to when his mother, Iris, passed away in 1987, after a battle with cancer.

Upon his high school graduation from Oelrichs in 1989, he began college at Chadron State College, but transferred to the University of Northern Colorado in Greeley in 1991. He graduated from UNC with a music performance degree. Classmates at both schools found him friendly, fiercely loyal, and passionate about the things he cared for in life, which included his friends and family.
After graduation, Sloan began his musical career, sharing his mind-blowing musical prowess at Disney in Florida, Carnival Cruise Lines, and in Las Vegas. It was during his time with Carnival that he met Carol Thornley. They married and decided to settle and raise their family in Colorado.

In 2003, they welcomed son, Campbell, whom Sloan was incredibly proud of. His biggest joys in life were watching Campbell play baseball and football, and thoroughly enjoyed spending time with him fishing, watching television, or spending time outside with all the dogs.

While living in Fort Collins, Sloan was able to continue with his music and played with bands in the area including local band, Archie Funker. He performed with them for over 10 years in northern Colorado, and was able to continue playing his trumpet with the passion he exhibited his entire career. He also made deep friendships with his fellow band members during this time.

In 2021, Sloan reconnected with a former college classmate from Chadron State College, Christine Fankhauser. They became engaged and were planning their wedding at the time of his death. They had recently purchased a home north of Hemingford, Nebraska, which he called their treehouse.

Sloan was a man who loved and feared God, and was always ready to share his faith. He took great honor in praying for those in need, whether it was family, friends, or a stranger. He was always known for shooting straight from the hip and was never one to mince words when it came to telling the truth. What you saw was what you got with him, and he was 100% genuine in every way, shape, and form. When you had Sloan as a friend, he would be a warrior to help fight your battles if they ever arose.

Sloan was preceded in death by his parents, Dick and Iris; and brother-in-law Kenny Kirchner.

A rosary service will be held at 7 p.m. Thursday, April 21, at Our Lady of the Sacred Heart Parish in Martin.

Mass of Christian Burial will be held at 11:00 a.m. on Friday, April 22, at Our Lady of the Sacred Heart Parish.

After cremation, burial will be at Our Lady of the Sacred Heart Catholic Cemetery in Martin.