Donald Lee Keyser, son of Lowell and Mayme Keyser, was born Sept. 1, 1932, at his grandparents’ Keyser home on Ash Creek with Grandma Burjes as midwife. He grew up in the Dowling and Ash Creek areas of Haakon County, attending elementary schools in rural Haakon County and high school at Quinn.

Don was united in marriage to Mary Alice Hendrickson, Feb. 4, 1956, in Philip. To this union three children were born, Karen, Donna and Douglas.

He attended college at South Dakota State College in Brookings and Northern State College in Aberdeen. He made his career as a grain elevator manager with Peavey Company, which later merged with ConAgra, for 28 years, living in many places in South and North Dakota, retiring in Rapid City in 1990 from Blunt.

He was preceded in death by one grandson, Johnathan Lee Burroughs; one granddaughter, Megan Jo Keyser; his parents, Lowell and Mayme Keyser; and three brothers, Clair Keyser, Clifford Keyser and Arlen Keyser.

My sincerest condolences to all the Keyser family....spent many summer days visting the Keyser place with my grandma Ella Price....very fond memories....
~ Price Shearn Prescott, Arizona (2/22/2016)
We are sorry to hear about Don. You are in our thoughts and prayers. Donna, if there is anything we can do, let us know. Love to you. Lois
~ Rob & Lois Comp Presho, SD (2/21/2016)
"Verily, verily, I sayunto you, If a man keep my saying, he shall never see death.", (John 8:51.) Precious Mary, Karen, Donna, Douglas, and extended family: May the favor of Almighty God grace each one in His mercy, His love, His comfort, His understanding, His blessed assurance, and give you His peace that passes all understanding, today and forever. Amen. "For we are persuaded, that neither death, nor life, nor angels, nor principalities, nor powers, nor things present, nor things to come, Nor height, nor depth, nor any other creature, shall be able to separate us from the love of God, which is in Christ our Lord.", (Romans 8:38-39). Amen. Peggy and I are privileged and so blessed to have known, to have loved, to have been touched by the goodness of our beloved cousin Don Keyser. Today, he is in Glory, joining his siblings, his parents, and so many others who have passed that way, lifting praises of honor and all glory to the Risen Savior, and he is patiently waiting for his family to join him there in that Eternal Paradise with Messiah Jesus. Our love and our prayers are with each of you.
~ Rev. Wil & Peggy Keyser The Dalles, Oregon 97058 (2/21/2016)
Sorry to hear of Brother Don's passing. He was the Worship Master of the Blunt Lodge when he lived in Blunt. The Lodge in Blunt has joined with Harrold and is now Lodge #62. Don was real active when he lived in Blunt. The Lodge will hold a brief memorial service at their next meeting in memory of Don. We extend our deepest sympathy on behalf of the Brothers of Harrold_-Blunt Masonic Lodge #62. Gerald Johnson Worshipful Master
~ GERALD JOHNSON PIERRE (2/24/2016)
Love and prayers for all the family at this time. Know this is a hard one but feel the love of all those around you!! Don was sooo special and make a wonderful husband, father, grandfather and all. Proud to know him. His light will continue to shine!!! Love to all!!
~ janet (2/24/2016)
Doug, Teresa, Brady & Shelby, so sorry to hear about your Dad/Grandpa. our thoughts & prayers are with you.
~ Randy & Linda Vevig Draper SD (2/22/2016)
Our thoughts and prayers are with you all at this time of loss. It hardly ever failed but what we would be at the bowling alley and Don would be there and with a twinkle in his eye give us a hard time. His humor was fun and I'm sure all the grandchildren and greats got to enjoy it! May your memories keep you strong.
~ Marsha and Bill Sumpter Kadoka (2/21/2016) 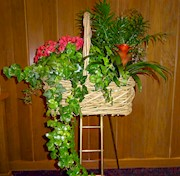 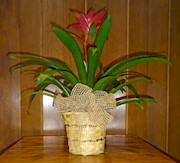 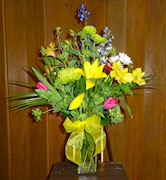 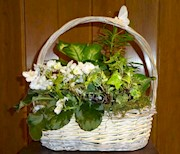 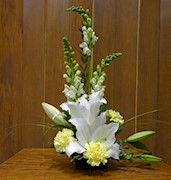 All at Hansen Physical Therapy 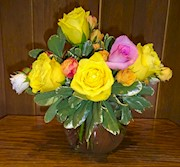 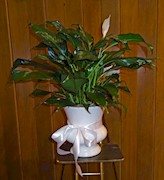