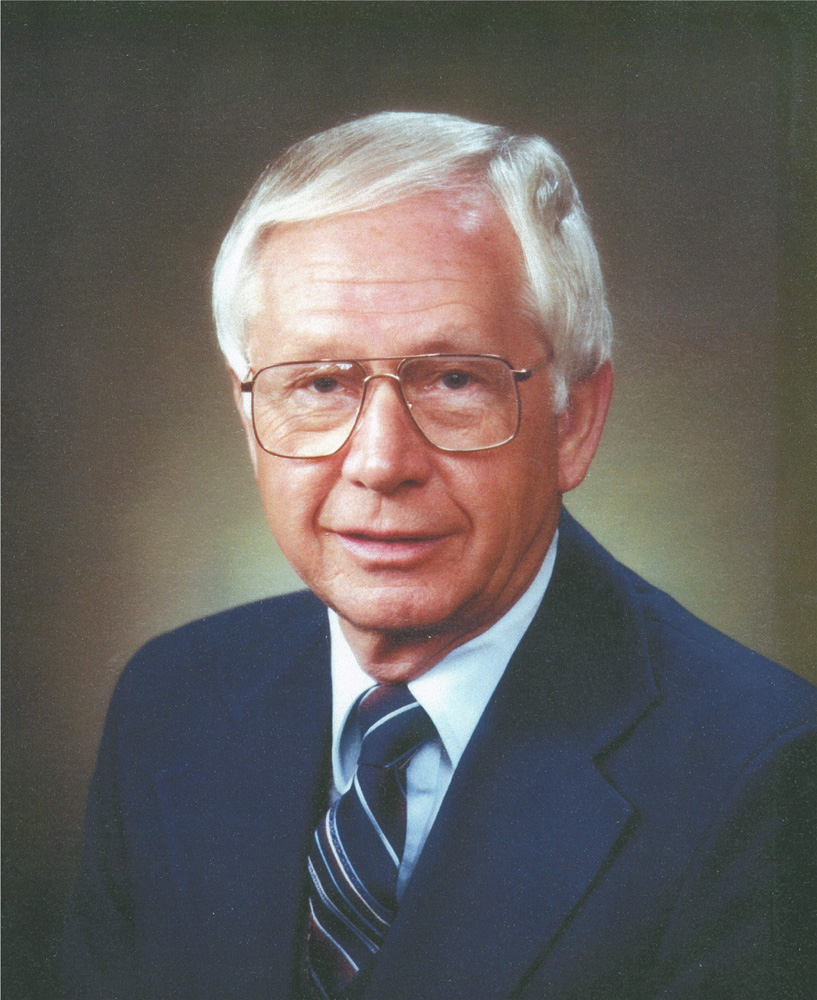 He was a wonderful, loving family man and a dedicated and caring friend. Duane Herman Eleeson was born in Philip, South Dakota on June 30, 1928 to Herman and Ida (Christenson) Eleeson. Their parents had immigrated from Norway and homesteaded in Haakon County. He married Elaine Van Ourkerk, his high school sweetheart, and to this union were born to children, Linda J. Upton and Bruce D. Eleeson.
Duane graduated from Philip High School in 1946 and immediately enlisted in the U.S. Navy. Upon his discharge, he attended the University of South Dakota. He and his family moved to Huron, South Dakota where he went to work for Standard Oil Company and then General Adjustment Company as an insurance adjuster. He retired from there after 35 years. He had been the branch manager and then regional manager in Wichita, Kansas. After retirement, he became an account manager for GAB, a teacher at Norris Training and a claims adjuster for Wheatland Adjusters.
Duane was a lifetime member of the Masonic Lodge, the Blue Goose and Lame Ducks. He was affiliated with the Norwegian and American Lutheran Church.
Survivors include his wife, Elaine; daughter, Linda Upton (Kenneth) of Fairbury, NE; son, Bruce of Rapid City, SD; brother, Deane of Temple, TX; grandchildren, Kerry, Amy, Joshua, Casey, Kelli, Autumn, and great-grandchildren, Samantha, Zachary, Emma, Camden and Joshua II; nephews, John and Gary; niece, Jeanie. Duane was preceded in death by his parents and sister, Imogene Gascoigne.
Visitation with the family, 5:00-7:00 p.m., Sunday, April 25.
Funeral services will be held  2:00 p.m., Monday, April 26, both at Downing & Lahey Mortuary West in Wichita.
The graveside service with military honors and Masonic Rites, will be 1:00 p.m., Thursday, April 29, at the Masonic Cemetery on Highway 14 in Philip, South Dakota, with the American Legion Post #173, and the Masonic Lodge #153 AF&AM, both of Philip.
Arrangements in Philip are through the Rush Funeral Home.
A memorial has been established with the Alzheimer’s Association, 347 Laura, Wichita, KS 67211.