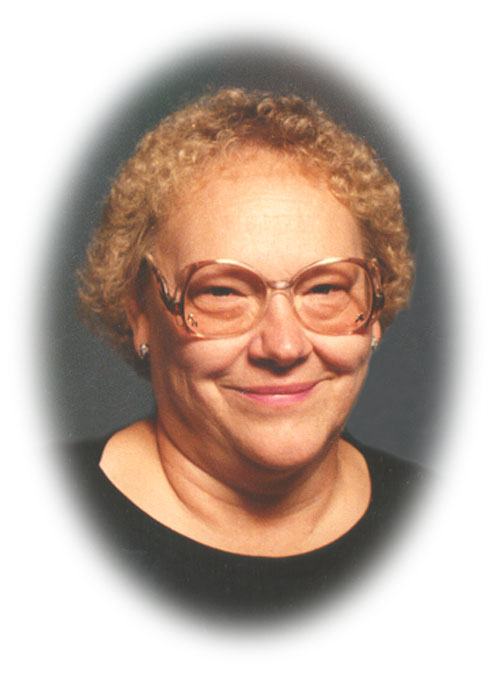 of Midland, South Dakota, died on Wednesday, March 26, 2003 at the Rapid City Regional Hospital in Rapid City at the age of 66

Bonnie L. Schilling was born March 8, 1937 in Oakland, California, the daughter of Joseph and Carol (Joy) Schilling. She grew up and received her education in Midland.

In October 1954, Bonnie was united in marriage to Harold Hull in Midland, and to this union were born three daughters Peggy, Frieda and Nancy. They made their home in Midland where they raised their children.  After Harold’s death on February 16, 1970, she continued to live in Midland where she finished raising her daughters.  She worked as a bookkeeper at Ivan’s Standard Station in Midland.

Bonnie was united in marriage to Robert Abel. They made their home in Midland.  Bonnie continued her bookkeeping occupation and also was a waitress at the cafe adjoining the station. When Bob’s health began failing, they spent the winter months in Apache Junction, Arizona and returning to Midland in the summer months.

Bob preceded her in death on May 19, 1986. She continued to make her home in Midland.  In 1995 Bonnie suffered a stroke but had been able to take care of herself until the time of her death.

Bonnie was a member of Open Bible Church of Midland, very active in the American Legion Auxiliary where she held various offices; and an active member of the Senior Citizens Center of Midland.

Grateful for having shared her life are two daughters Frieda Hull of Lemmon, South Dakota, and Nancy Nemitz and her husband Lee of Ismay, Montana; two grandsons, Devin Otto and Josh Nemitz; one son-in-law, Mark Otto of Lemmon; and a host of other relatives and friends.

In addition to her first husband Harold Hull and her second husband Robert Abel, Bonnie was preceded in death by her daughter Peggy Otto; one grandson Dustin Otto; and her parents.

Interment was in the Midland Cemetery.

God saw she was getting tired
and a cure was not to be.
So He put His arms around her
and whispered "Come with Me."

With tearful eyes we watched her
suffer and saw her fade away.
Although we loved her dearly,
We could not make her stay.

A golden heart stopped beating,
hard working hands to rest.
God broke our hearts to prove to us
He only takes the best.