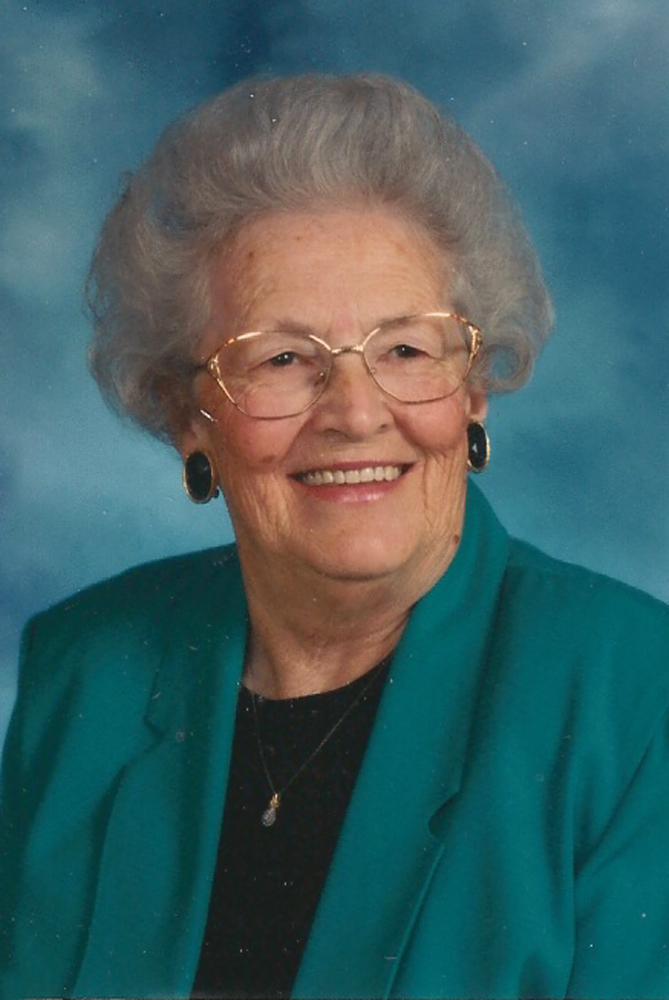 of Philip, South Dakota, died on Monday, September 9, 2013 at the Hans P. Peterson Memorial Hospital in Philip at the age of 90

Mary M. (Sahli) Deis was born February 3, 1923 at Zeeland, ND to Kasper and Julia (Gabriel) Sahli. She and her parents moved to Roscoe, SD where she grew up and received her education.
Mary was united in marriage to Larry Deis on June 6, 1945 at Salinas, CA. After his discharge from the military, they made their home in Roscoe, SD where they both worked for Mary’s dad at the Sahli Red Owl Grocery Store. Their oldest daughter, Julie, was born during the time they were living in Roscoe.
In 1949, Larry and Mary moved to Dupree, SD, where they owned and operated Deis’s General Store until 1965. Their youngest daughter, Leanne, was born in Dupree.
In 1966, they moved to Philip, SD, where they owned and operated Deis’s Food Center. In 1978, they retired due to Larry’s health. They treasured their time with one another and with family and friends. Their grandchildren have priceless memories of spending their summers with Grandma and Grandpa.
Mary cared for Larry until his death, March 21, 1992. Mary continued to make her home in Philip. Shortly after Larry’s death, she met the second love of her life, a maltese dog named, Baby. They shared an amazing bond and he brought her many years of companionship and joy.
Prayer, church, and the rosary were a part of Mary’s daily routine. She lived her faith. Mary spent many evenings cooking for the local parish priest.
Mary was a member of the Sacred Heart Catholic Church and the Evening Guild Tribe 3; and also a member of the Wheeler-Brooks American Legion Auxiliary 173; all of Philip.
In her later years, Mary had the reputation of having a lead foot while driving through town and she had the ability to track anyone down by phone. We will miss Mary’s voice on the other end of the line.
Grateful for having shared her life are her two daughters, Julie Deis of El Segundo CA, Leanne (Mick) Kennedy Faith, SD; six grandchildren, Lee (Mike) Bakos, Lisa (Richard) Galien of Manhattan Beach, CA, Vikki Hoven of San Francisco, CA, Reggie (Jacki) Kennedy, Mikki (Dale) Haines, and Kyle (Amy) Kennedy all of Faith, SD; eight great-grandchildren; two sisters, Barb Schwan of Aberdeen, SD, Jeanie Schmitt of Roscoe, SD; and one sister-in-law Delores Sahli of Roscoe, SD; and a host of other relatives and friends.
She was preceded in death by her husband, Larry in 1992; her parents; and one brother, Harold Sahli.
Visitation was held 5-7 p.m. Thursday, September 12, at the Sacred Heart Catholic Church in Philip, with a vigil service at 7:00 p.m.
Mass of Christian Burial was held 10:00 a.m. Friday, September 13, at Sacred Heart Catholic Church, with Father Kevin Achbach as celebrant.
Interment was held at the Masonic Cemetery in Philip.
A memorial has been established. 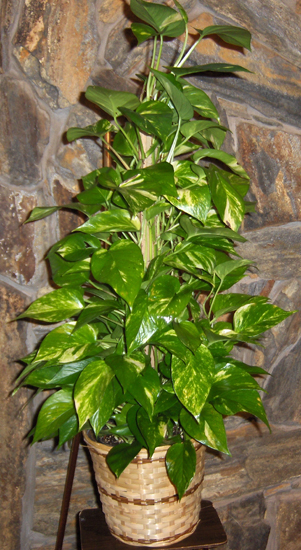 Flowers from The Girls at Keffler Kreation's 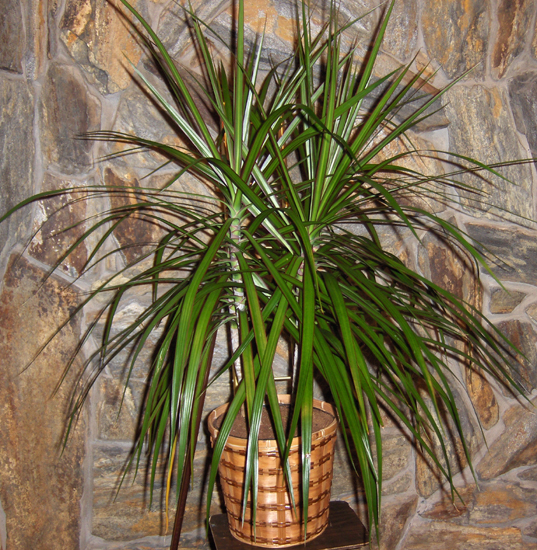 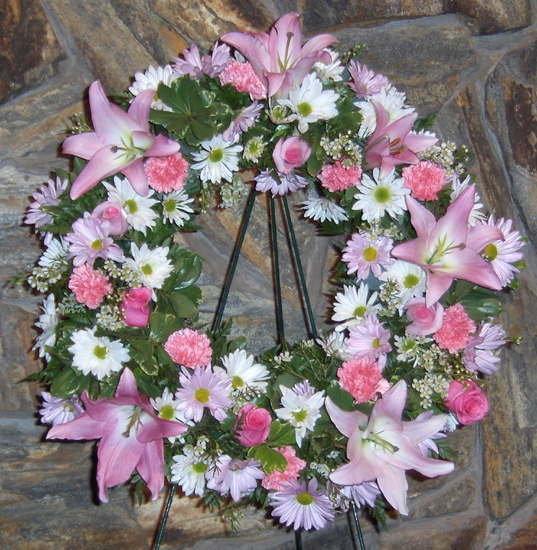 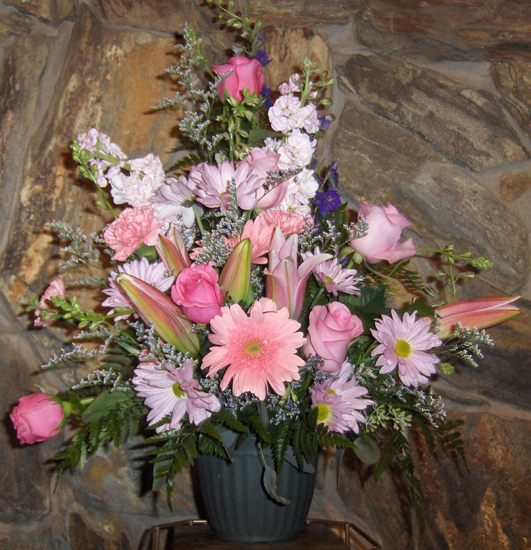 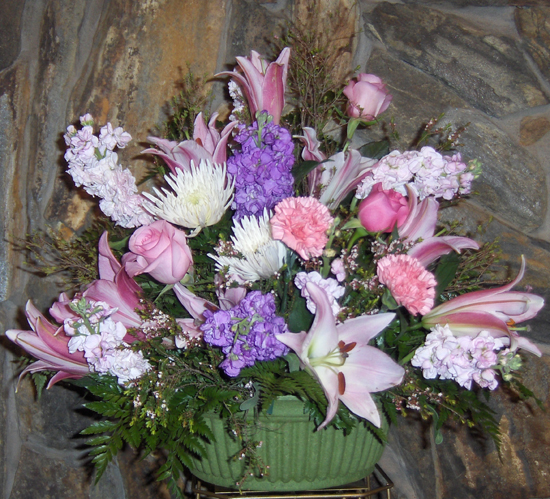 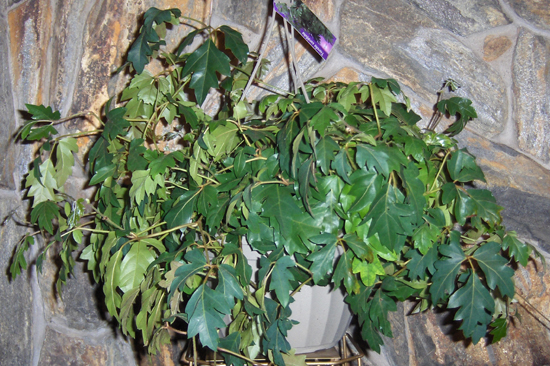 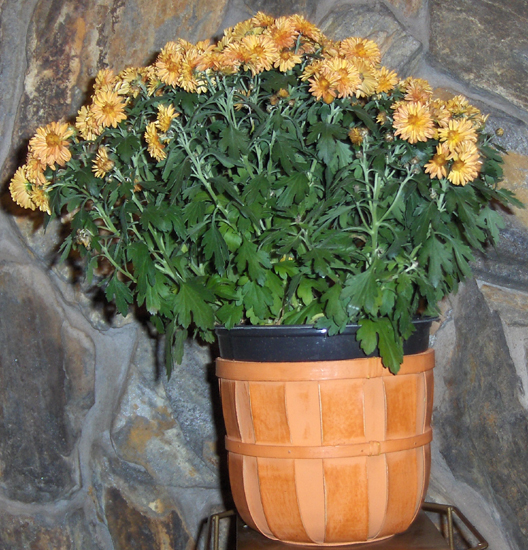 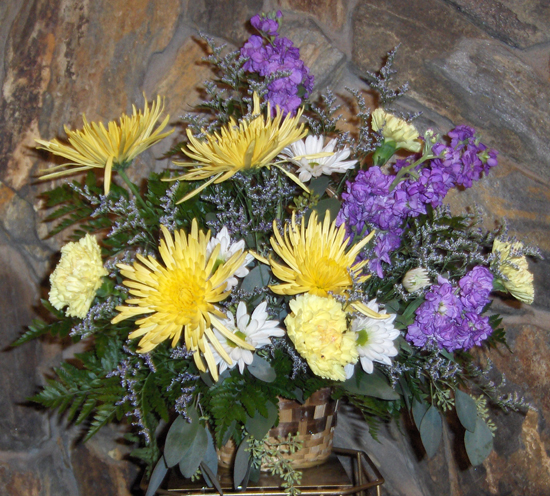 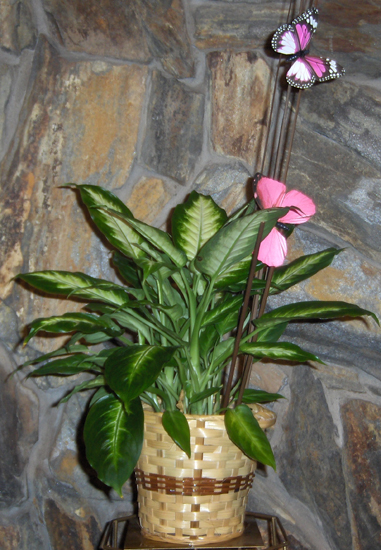 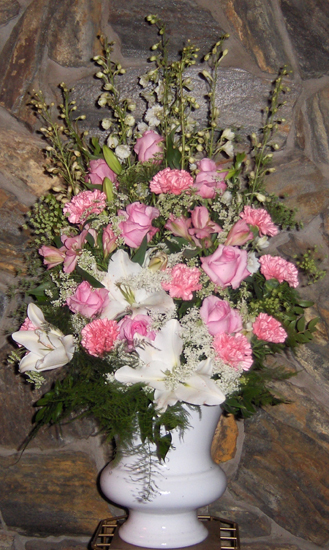