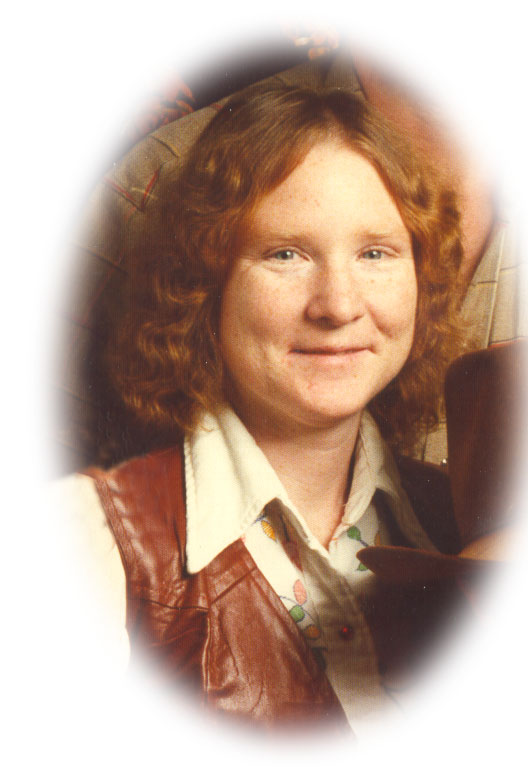 of Interior, South Dakota, died on Monday, February 24, 2003 at the Black Hills Beverly Healthcare Center in Rapid City at the age of 45

Peggy Diann Sharp was born October 12, 1957 at Kadoka, South Dakota, the daughter of Benjamin and Ruth (Rieger) Sharp. She attended her first three years of school in Interior, then attended Little Wound School in Kyle. She started high school in Kadoka but graduated from Little Wound School in Kyle in 1976. While in high school she was active with cheerleading, played volleyball, played in the school band and was active in 4-H for several years. Throughout high school she participated in barrel racing and loved horses and the sport of rodeo. After high school she attended National College of Business in Rapid City.

Peggy was united in marriage to Tom Geigle on November 27, 1976 at Kadoka. They made their home on the family ranch south of Interior. Peggy worked as a postal clerk for thirteen years before becoming disabled with critical diabetes.

Peggy was preceded in death by a daughter, Terry Lynn Geigle and her father Benjamin Sharp Sr.

Visitation was held 2:00 p.m. to 6:00 p.m. on Wednesday, February 26, at the Rush Funeral Home in Philip, and one hour preceding the services at the school on Thursday.

Interment will be at the Wall Cemetery.