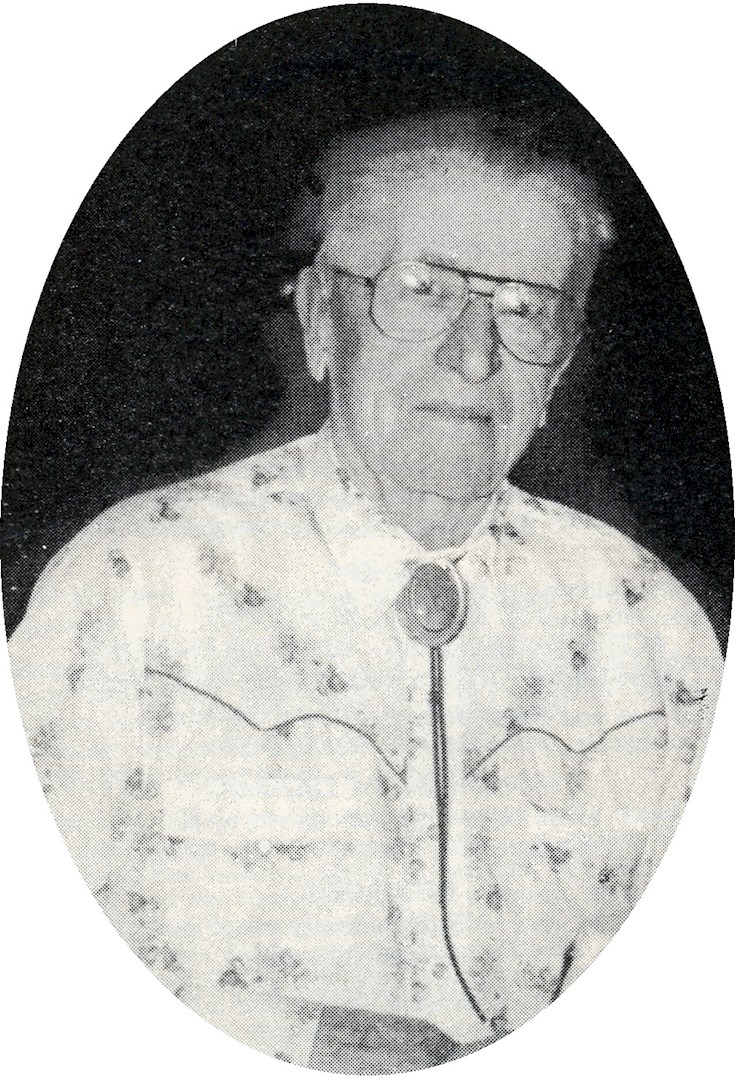 of Wall, South Dakota, died on Wednesday, August 23, 2000 at the Philip Nursing Home in Philip at the age of 92

Reinhold Denke was born February 11, 1908, on his half uncle's homestead located in the Grindstone Community 15 miles north of Quinn, South Dakota, the son of August and Rosina (Schuler) Denke.

He was baptized Feburary 24, 1908, by a travelling Lutheran minister, Pastor G. Hoelscher, in Grindstone.  He renewed his baptismal vows in confirmation on June 4, 1922, at St. Paul's Evangelical Luthern Church, 14 miles north of Quinn.

Reinhold grew up in the Creighton area and graduated from the Rainy Creek Rural School.  As a young man, he worked on his parents' farm and for neighbors.  When he became of age, he worked for his father for two years for a quarter of land with a house and barn on it.

Reinhold was united in marriage to Rose Helms on April 7, 1931, at St. Paul's Evangelical Lutheran Church.  After the wedding, they went to their ranch where the lived their entire married life, through depression, drought and prosperity.  He never liked farming, but enjoyed haying and working with the livestock.

He worked as a foreman on the concrete crew while the minuteman missile silos were being built in Western South Dakota.

After his wife's death on January 2, 1988, he continued to live on the ranch until health reasons forced his to leave the ranch.

In addition to his beloved wife, Rose, he was preceded in death by three sons, Richard in infancy in 1934, Wesley in 1956, and Linden in 1958; two grandchildren; two great-grandchildren; his parents; and four brothers, Henry, Robert, John and Albert; and one sister, Anna Heinrick.

The family requests memorials be directed to the First Lutheran Church of Wall or the Hans P. Peterson Memorial Hospital Capital Campaign.