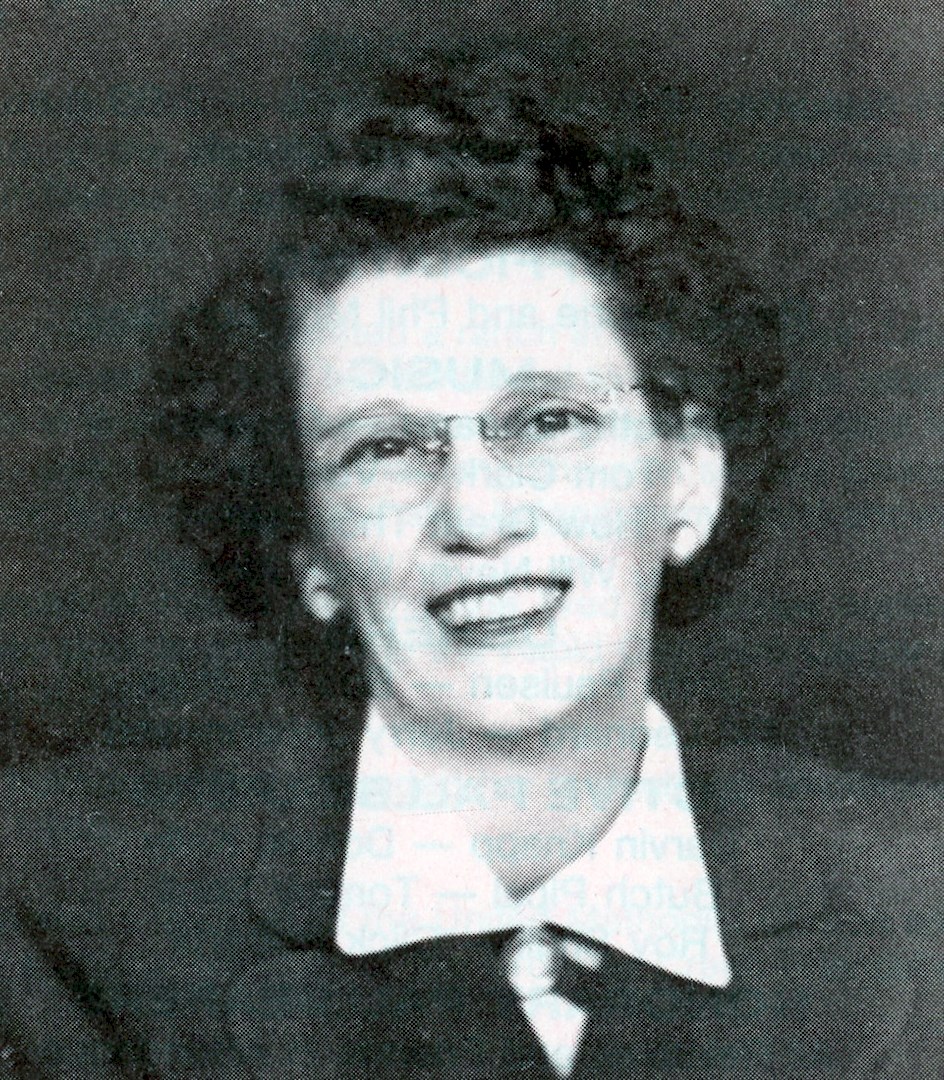 of Wall, South Dakota, died on Tuesday, February 14, 1989 at the Rapid City Care Center in Rapid City at the age of 79

Irene E. Adams, better known as "Dean" to her family and friends, was born January 9, 1910, at Bowers Station, Iowa, to Ray and Emma (Bowers) Adams.

As a child she moved with her mother, Emma, and her step-father, James Saines, to a homestead south of Quinn, South Dakota.  She grew up and received her education in that area.

Dean was united in marriage to Roy T. Shull on August 19, 1928, at the Big Foot Presbyterian Church near Quinn, South Dakota.  They celebrated their 60th wedding anniversary in 1988.

They owned and operated a ranch in the Wall area.  Later they moved into Wall but continued to operate the ranch.  While in Wall, Dean owned and operated Dean's Floral for many years and during that time she won several awards for her floral designs and also judged many floral shows.

Because of health reasons she lived in various nursing homes prior to moving into the Rapid City Care Center in June of 1984.

Grateful for having shared her life are her daughter, Mary Dean Percy of Wall; three grandchildren, John McGriff of Wall, Diana Norman of Rapid City, and Sonja Wernke of Tucson, Arizona; five great-grandchildren; one brother, Lloyd Adams of Zapata, Texas; a half-brother, Will, and a half-sister, Dorothy; and a host of other relatives and friends.

In addition to her husband, Roy, she was preceded in death by one grandson, Doss Deutscher, and her parents.