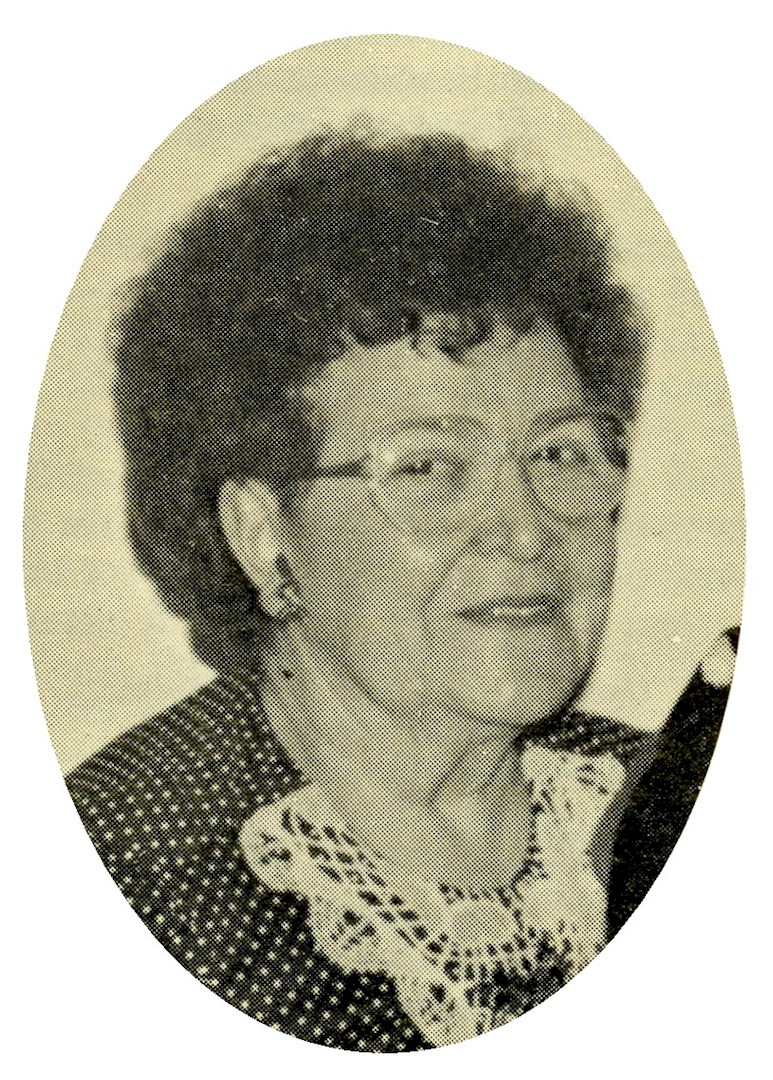 of Philip, South Dakota, died on Friday, April 16, 1999 at the Hans P. Peterson Memorial Hospital in Philip at the age of 78

Frances M. Slovek was born June 13, 1920 in Haakon County near Philip, South Dakota, the daughter of John and Emma (Buchholz) Slovek.  She grew up in the Grindstone community and attended the Enterprise Rural School prior to graduating from Philip School in 1938.  She attended a business college following graduating.

Frances was united in marriage to Dale O'Connell on April 23, 1942, at Philip.  She dedicated her life to helping others through work and civic activities.  Her ready smile, uplifting personality and genuine friendship were known and loved by all.

Frances was preceded in death by a son, John Charles O'Connell; one great-granddaughter, Aerial O'Connell; her parents and two brothers, Everett Slovek and Frank Slovek.

Honoary Pallbearers
All relatives and friends in attendance